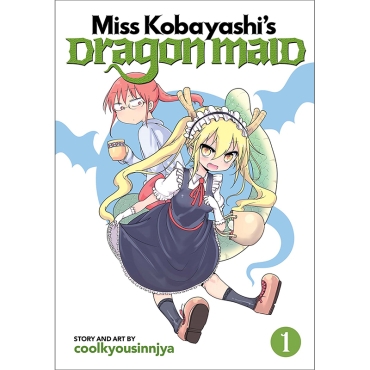 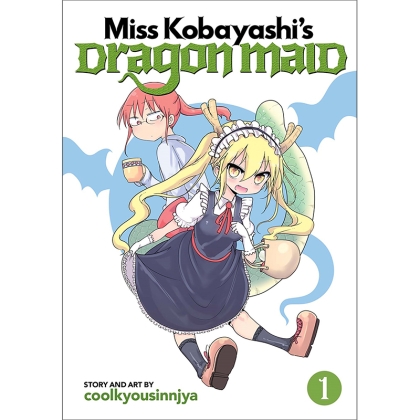 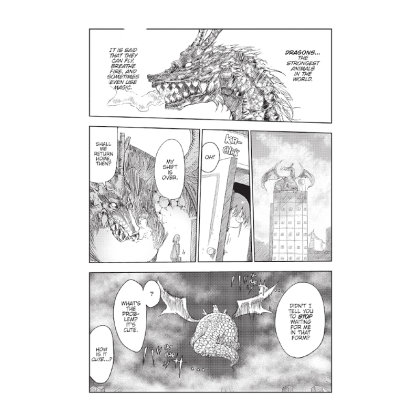 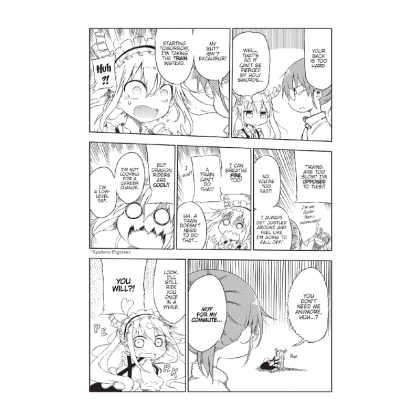 Miss Kobayashi’s Dragon Maid is a delightful, ongoing comedy manga series about a young lady who, after saving a dragon’s life, finds herself the object of its indebtedness and undying affection.

Miss Kobayashi is your average office worker who lives alone in her small apartment—until a young and adorable dragon girl named Tooru appears before her. Upon saving Tooru’s life, the fiesty dragon will do anything to pay off her debt of gratitude, including insisting that she move in with Miss Kobayashi and serve her in any way she does or doesn’t desire.

Now Miss Kobayashi finds herself with a new, imposing roommate, who is doing her best to help out around the home. But when you’re a dragon, nothing is ever simple. Kobayashi’s normal life just went off the deep end.