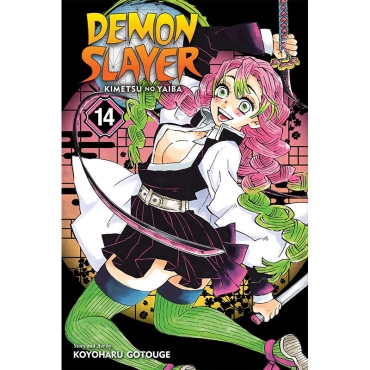 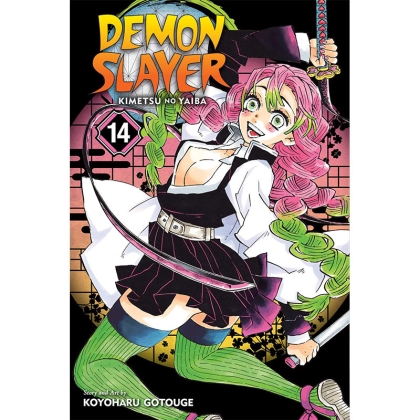 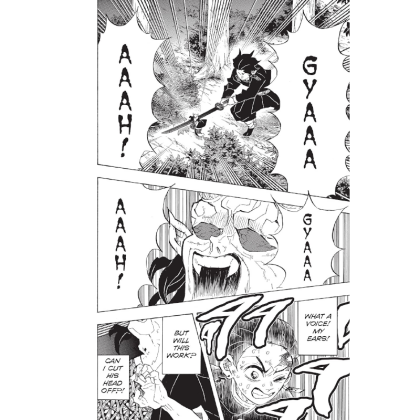 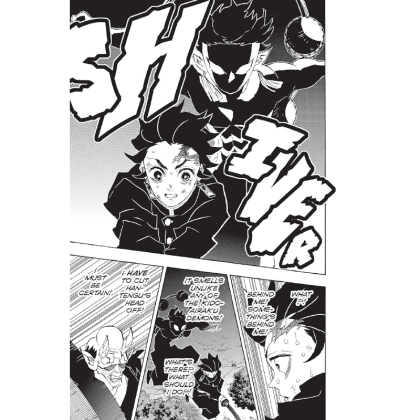 Tanjiro sets out on the path of the Demon Slayer to save his sister and avenge his family!

In Taisho-era Japan, kindhearted Tanjiro Kamado makes a living selling charcoal. But his peaceful life is shattered when a demon slaughters his entire family.
His little sister Nezuko is the only survivor, but she has been transformed into a demon herself!
Tanjiro sets out on a dangerous journey to find a way to return his sister to normal and destroy the demon who ruined his life.

Tanjiro's sword is still not ready. The swordsmith Haganezuka tries to concentrate on finishing while Tanjiro and his friends engage the two upper-rank demons, Hantengu and Gyokko, in a ferocious battle.
Hantengu continues to create different forms to attack the Demon Slayers. Meanwhile, the Mist Hashira Tokito regains his memories of the past and confronts Gyokko, but what will these memories reveal?