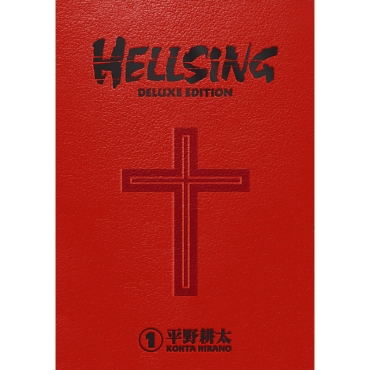 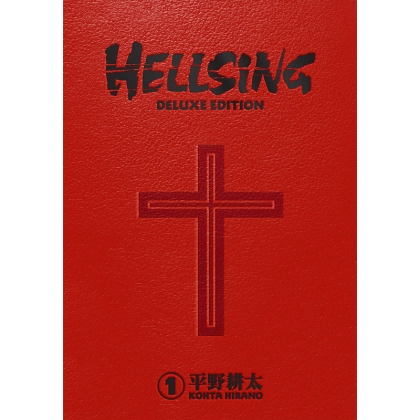 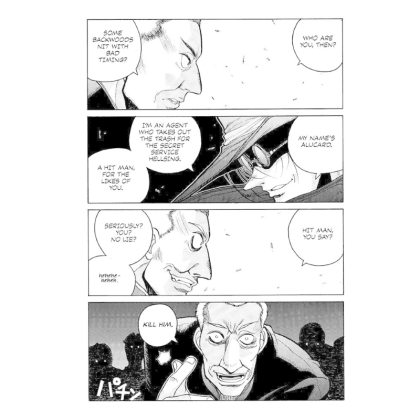 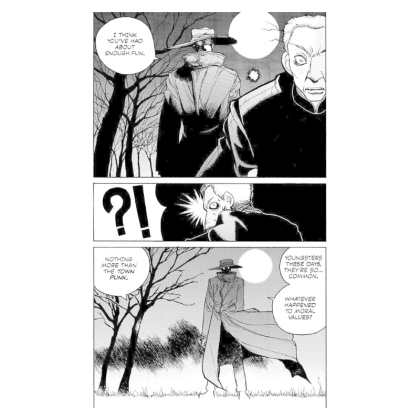 The international sensation returns in deluxe hardcover editions, collecting Kohta Hirano's manga masterpiece for the first time in its original 7x10 serialized format.
This deluxe hardcover edition comes with an embossed casing, sewn binding, and ribbon marker. Renowned for its action-packed approach to horror, Hellsing is gruesome fun turned up to eleven!
With supernatural horrors haunting the streets and preying upon humanity, the shadowy Hellsing Organization fights back against hell's minions.
And Hellsing has a secret weapon in their arsenal: the vampire lord Alucard, whose terrifying powers are needed more than ever as an army of the undead marches on London beneath the banner of the swastika! Collects Hellsing chapters 1-27 from Hellsing Volumes 1-4.